The 46th Convex IPA Exhibition and Convention held from 21-23 September 2022 was officially closed by the Head of SKK Migas Dwi Soetjipto on Friday (23/9) afternoon. All stakeholders in the upstream oil and gas sector agreed to focus on increasing oil and gas production to meet national energy needs and provide lower carbon energy sources.

In his closing speech, Dwi said that the government considered the role of industry to be increasingly significant regarding Indonesia's commitment to the net-zero emission target. The oil and gas sector are expected to increase production and reduce emissions simultaneously during the transition period, to ensure the country's economic growth remains positive

Dwi added that Indonesia's potential is still promising for investors. However, business actors have re-emphasized some of the classic issues that have been a long-time concern. These issues include improvements in fiscal matters, legal certainty, data quality, and availability of infrastructure. "These factors will significantly increase the attractiveness of Indonesia's investment to the upstream oil and gas business," he said

Therefore, the Directorate General of Oil and Gas is currently drafting regulations to support the development of CCS/CCUS projects. “We hope that this positive step from the government will attract more investment in technology. We hope to see more CCS/CCUS projects in Indonesia in the near future,” he said.

In the meantime, the Director of IPA Ronald Gunawan in his remarks expressed his gratitude for the government's support in organizing the 46th IPA Convex. "The participation of the Minister of Energy and Mineral Resources in the opening ceremony and officially opening the event, as well as the Coordinating Minister for Maritime Affairs and Investment who also delivered his message through video recordings," he said.

In addition, Ronald appreciated the presence of the Deputy Minister of Manpower in the Opening Ceremony. "This demonstrated the government's support for the oil and gas industry," he said.

He asserted that the active participation of all stakeholders in the 2022 IPA Convex through a number of discussions shows the attention and support of all parties to the upstream oil and gas industry, to improve the oil and gas investment climate in Indonesia. It is realized that collaboration and alignment between government agencies is needed to create consistent and attractive oil and gas investment policies, to grow existing investments and attract new investments. "The government is expected to issue an energy transition roadmap as soon as possible with supporting regulations and in line with the upstream oil and gas growth plan," he said.

Based on data from the event organizers, this year’s IPA Convex was attended by around 2000 participants, with 19,443 visitors consisting of 14,996 general visitors, 1133 students and 1250 invited guests. In addition, there are 2064 convention delegates from 22 countries. IPA Convex was also covered by about 288 journalists from 186 media.

In this closing ceremony, the winners of the Best Booth Content from the sponsors were also announced. This year the Booth criteria are based on two things, namely Design and Content. The winners are:

The 2022 IPA Convex is inconceivable without the support of many parties. The IPA and Dyandra Promosindo, as the organizer of the 2022 IPA Convex, expresses its gratitude to those who have lent support and cooperation during the preparation and implementation of this event, such as from the government, namely the Ministry of Energy and Mineral Resources of the Republic of Indonesia and SKK Migas. This event is supported by several sponsors, oil and gas companies and other companies that support the upstream oil and gas industry in Indonesia. The companies that become sponsors include PT. Pertamina Hulu Energi as Platinum sponsor; BP Indonesia, PT. Energi Mega Persada Tbk., ExxonMobil Indonesia, PT Medco Energi Internasional Tbk (MedcoEnergi), Mubadala Energy, and PETRONAS Indonesia as Gold sponsors; Chevron Indonesia, Sinopec Indonesia, Harbor Energy, and Schlumberger as Silver Sponsors. 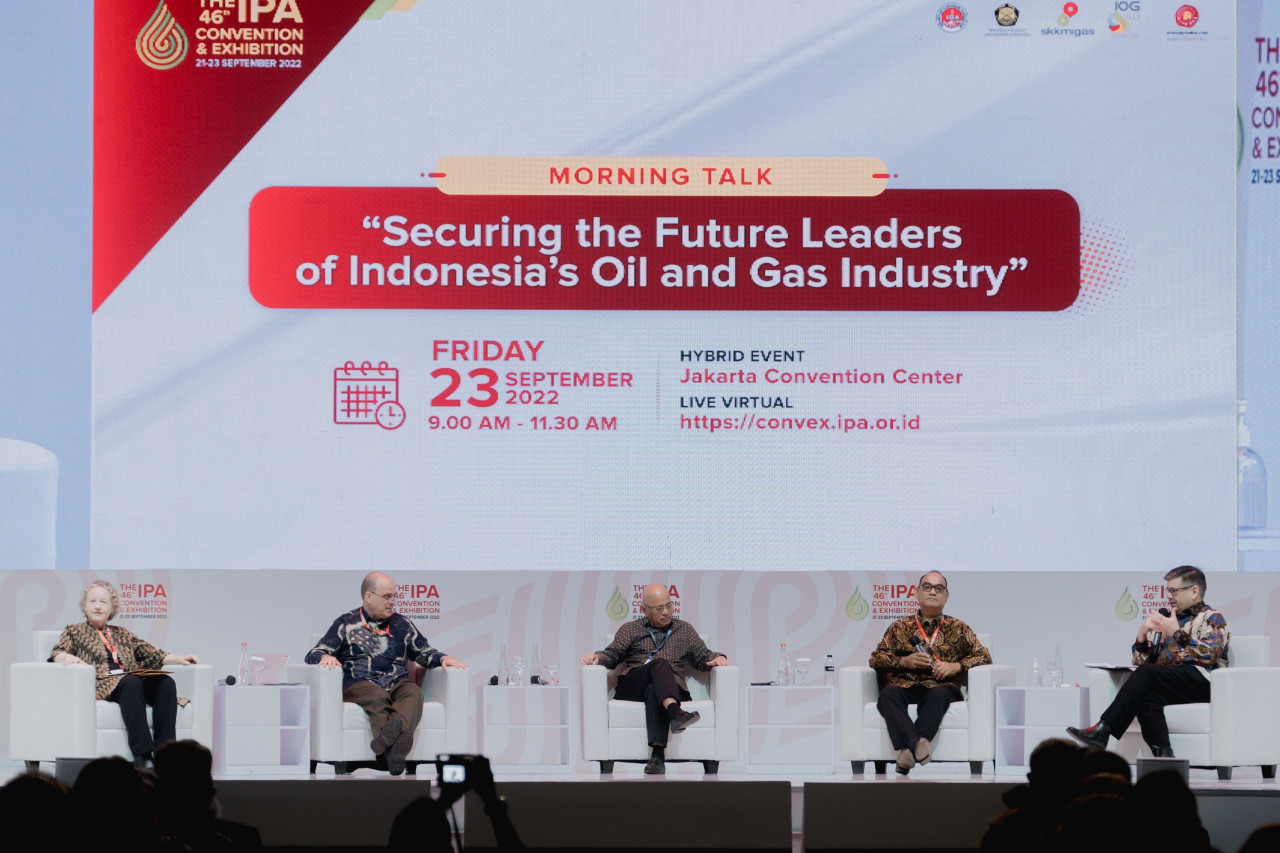