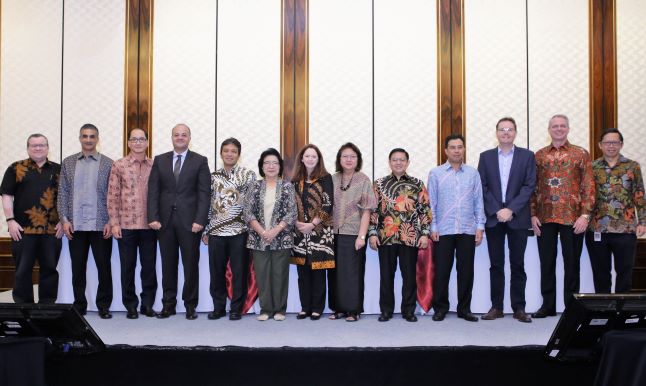 "Safety, efficiency and reliable operations are the foundations of growth of the oil and gas industry in Indonesia while increasing exploration activities and timely progression of the development of discovered resources continue to be key priorities of the sector. IPA members are committed to work closely and constructively with the Indonesian government to sustainably grow the oil and gas industry in Indonesia," said the IPA President, Ronald Gunawan, at the 47th Annual General Meeting of the IPA in Jakarta on Wednesday, December 5, 2018.

Within this year, the Minister and Vice Minister of Energy and Natural Resources have worked hard to create an attractive investment environment by offering 34 new exploration blocks through multiple bid rounds and made improvements in some key regulations. The IPA has been a close partner and have worked collaboratively with the Indonesian government on several fronts, including discussion around the implementation guidelines of PSC Gross Split scheme, the joint audit for the oil and gas activities and the issuance of the L/C exemption for oil and gas exports, etc.

IPA members will continue to offer their support and commitment as a strategic partner to the Indonesian government. The IPA appreciates the continued efforts of the government to pursue opportunities to ensure appropriate and efficient regulations for the future and look forward to working collaboratively on how to implement these regulations, including permit simplification, finalization of the new Oil and Gas Law, implementing regulations of GR27/2017, treatment of Land and Building Tax on the oil and gas activities, optimization of the master-list provisions for the import of oil and gas supporting goods, etc.

In 2018, the IPA also noted the success of the 42nd IPA Exhibition and Convention held from May 2-4 2018, at the Jakarta Convention Center. The event, which was opened by the President of the Republic of Indonesia, Joko Widodo, was attended by almost 24,000 visitors from Indonesia and many other countries. IPA Convex 2018 also held a new discussion session, namely the Technology Session, to discuss new technologies related to the oil and gas industry in Indonesia.

The 47th Annual General Meeting also stipulated the IPA Supervisory Board and the IPA Board of Directors for 2019.

Enclosed is the structure of the IPA Supervisory Board and the IPA Board of Directors:

The above IPA Supervisory Board and the IPA Board of Directors will be effective from December 5, 2018, with the support of 12 Committees containing the representatives of oil and gas companies in Indonesia who are members of the association. (*)