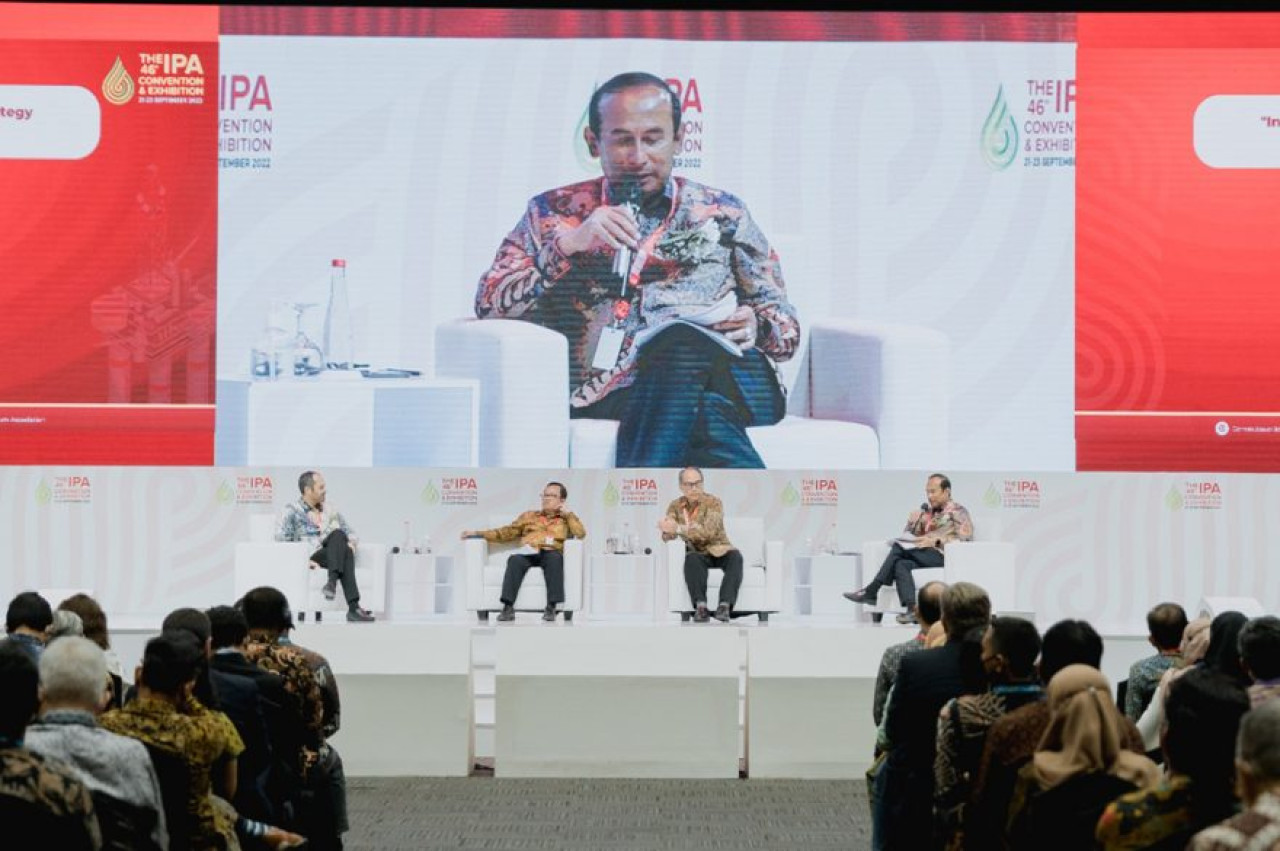 The oil and gas sector has a vital role in the energy transition. In the midst of the government’s efforts to pursue the Net Zero Emission (NZE) target through the shift to New and Renewable Energy (NRE), there is an increasing demand for energy.

The panelists in the High-Level Roundtable Talk at the 46th IPA Convention and Exhibition, 21-23 September 2022, entitled “Indonesia’s Upstream Oil and Gas Strategy to Support Energy Transition”, agreed that oil and gas is the most likely energy source to fill the void. This is because the oil and gas sectors already have the resources, infrastructure and other supporting aspects.

“Although NRE is considered more efficient, it is undeniable that the oil and gas sectors are still more sensible from an economic point of view for now,” said IPA President Irtiza Sayyed.

On the other hand, energy demand is also predicted to increase more than double from 2025 to 2050. The oil and gas sectors are required to meet these consumption needs. Currently, Indonesia has a target of 1 million BOPD/12 BSCFD.

It is projected that the gap between demand and production in 2050 will be 83 percent for oil and 78 percent for gas. Thus, Irtiza said that currently the oil and gas sectors are faced with double challenges, which are meeting consumption needs and achieving NZE targets.

Consequently, there are still a number of challenges that need to be resolved. Chairman of Commission VII of the House of Representatives, Sugeng Suparwoto, said that domestic oil and gas supplies are still unable to meet consumption needs. This condition is increasingly critical because oil and gas production is decreasing. Exploration activities have declined sharply, from an average of about US$ 3 billion per year in early 2020 to less than US $ 1 billion per year today.

In addition, Indonesia is also still importing oil and gas. According to Sugeng, Indonesia is able to fill the gap between demand and production of oil and gas, provided that there is a solid strategy in the upstream oil and gas governance, especially through regulatory support and commitment to cooperate from stakeholders.

“Oil and gas blocks still have to be explored by paying attention to sustainability aspects for the sake of energy transition. However, in the future it will not become a primary source and subsequently become the petrochemical industry,” said Sugeng.

Director General of Oil and Gas at the Ministry of Energy and Mineral Resources (ESDM), Tutuka Ariadji, stated that it is necessary to have a solid strategy from upstream to downstream by maintaining the development of existing oil operations and increasing gas production. Tutuka said that there is still potential for gas pipeline development in northern Sumatra, Bali and Lombok. This project will also connect pipes in Cirebon area to Semarang which are not yet connected.

“Indonesia actually has the money and facilities, but it still needs more cooperation from various parties and innovation in terms of technology infrastructure,” said Tutuka.

Moreover, Tutuka said that connectivity is very important to secure energy needs. Connecting gas pipelines from Java to outside Java is a logical step to maximize gas potential.

Irtiza added that the government needs to take important steps during the energy transition period. Some of them are attracting investment as well as improving existing regulations and taxation schemes.

To support the energy transition that prioritizes sustainable processes, Irtiza said the use of Carbon Capture Storage (CCS)/Carbon Capture, Utilization and Storage (CCUS) could be the solution. CCS/CCUS has the function of capturing carbon from exploration to support the agenda of reducing emissions.

“So, the Indonesian oil and gas sector needs to carry out multi-dimensional cooperation to encourage sustainable efforts with CCS/CCUS technology,” said Irtiza.

From the government’s perspective, Tutuka explained that the government is currently working on regulations for oil and gas industry players who want to store their carbon capture. Indonesia has eight CCS/CCUS projects that have the potential to store 234 million tCO2.

“We open the opportunities for companies if they want to store in reservoirs, but the priority remains to meet domestic needs first,” said Tutuka.

The eight CCS/CCUS projects have great potential for Indonesia. Tutuka said funding is an important aspect so that the development of CCS/CCUS continues in Indonesia. Thus, investment from various parties is needed.

“Through SBE, Indonesia will have an Oil and Gas Fund, or some kind of Public Service Agency (PSA) which we are currently designing,” Sugeng said. 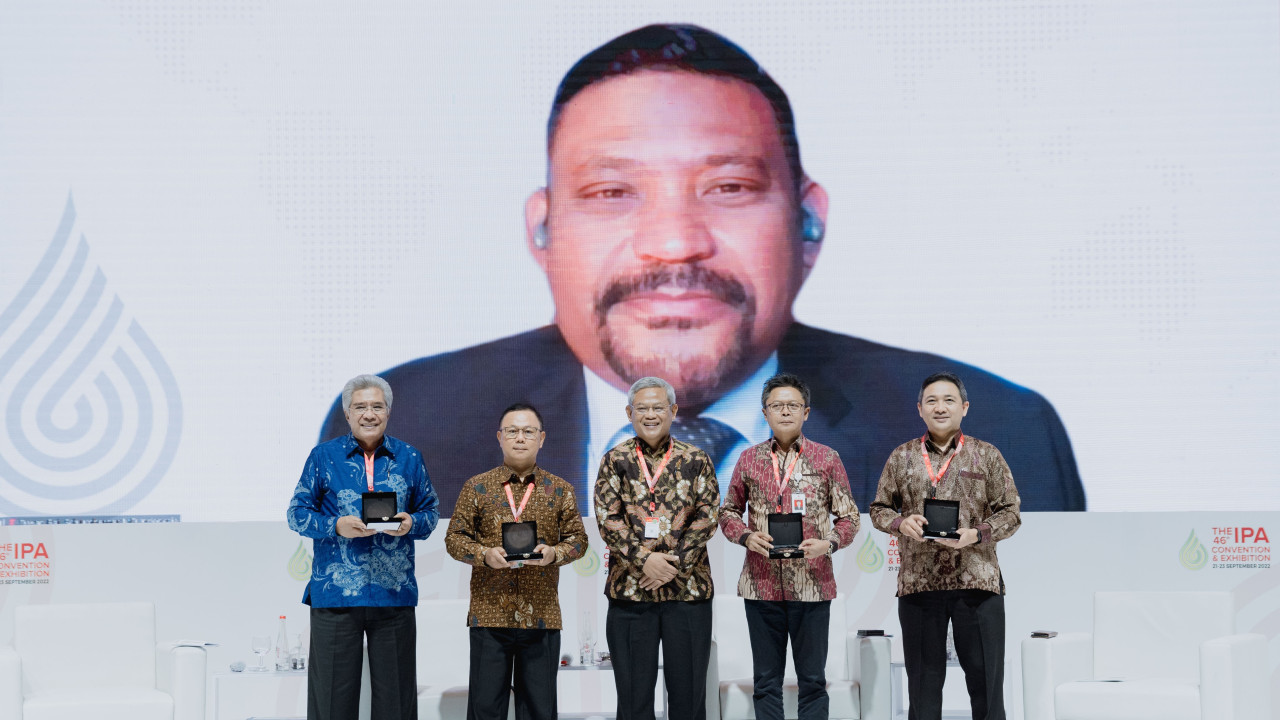