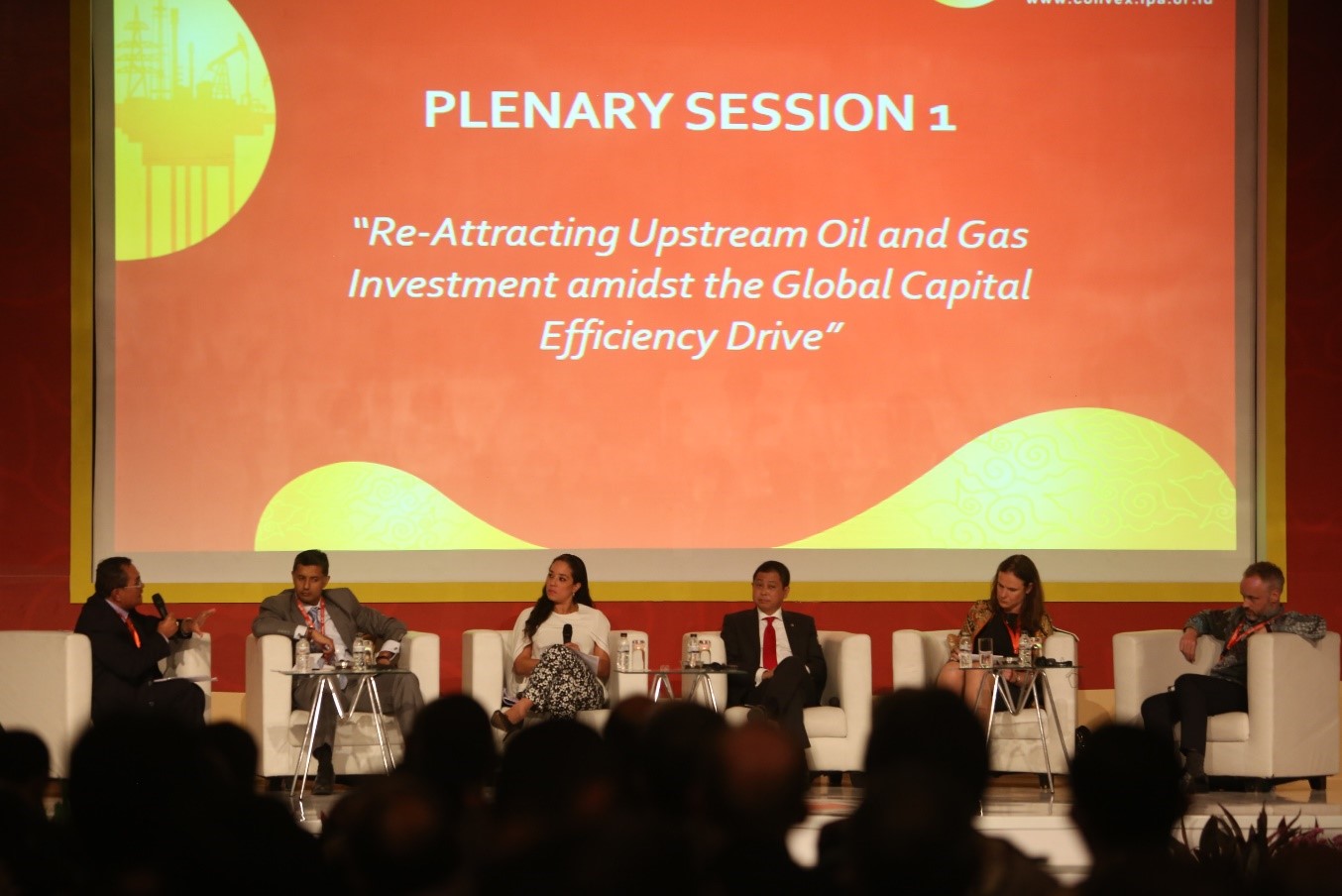 The plenary session consisted of comprehensive question and answer session covering many of the key issues and solutions to re-attract investment to Indonesia during the global capital efficiency drive. H.E. Ignatius Jonan, Minister of ESDM, emphasized the long-term nature of the industry and recognized that industry requires a return on investment in this challenging environment. He has instructed SKK Migas to speed up business processes but noted that it is also important for the industry to be competitive, adding that if domestic production costs are higher than international prices, then Indonesia will continue to import.

In terms of the fiscal regime, the government is flexible and willing to negotiate to re-attract the capital investment that the country needs. He encouraged industry to share their data and work with government to reform those regulations that are needed to improve the economics of new project and field developments. Other key points made by the Minister in response to questions from the Moderator and from the audience were as follows:

Industry representatives on the panel also outlined the changes that have been taking place in the upstream industry around the world and that Indonesia is now competing for capital on a global basis. Improvements that are needed include supply chain improvements, bringing stakeholders together to expedite decision making and providing clarity on contract extensions.

Christina Verchere, IPA President, added that investors recognize that Indonesia is open for foreign investment but that an improved fiscal structure and contract sanctity are vital to make Indonesia more competitive. She added that although efficiency and bureaucracy improvements are welcomed by the IPA and its member companies, economic drivers are the critical factor now for external investors to bring in the capital that is needed to support economic growth. In summary, panelists agreed that industry and government, including all related Ministries, need to continue to work together to identify solutions to re-attract the capital investment that the sector needs.