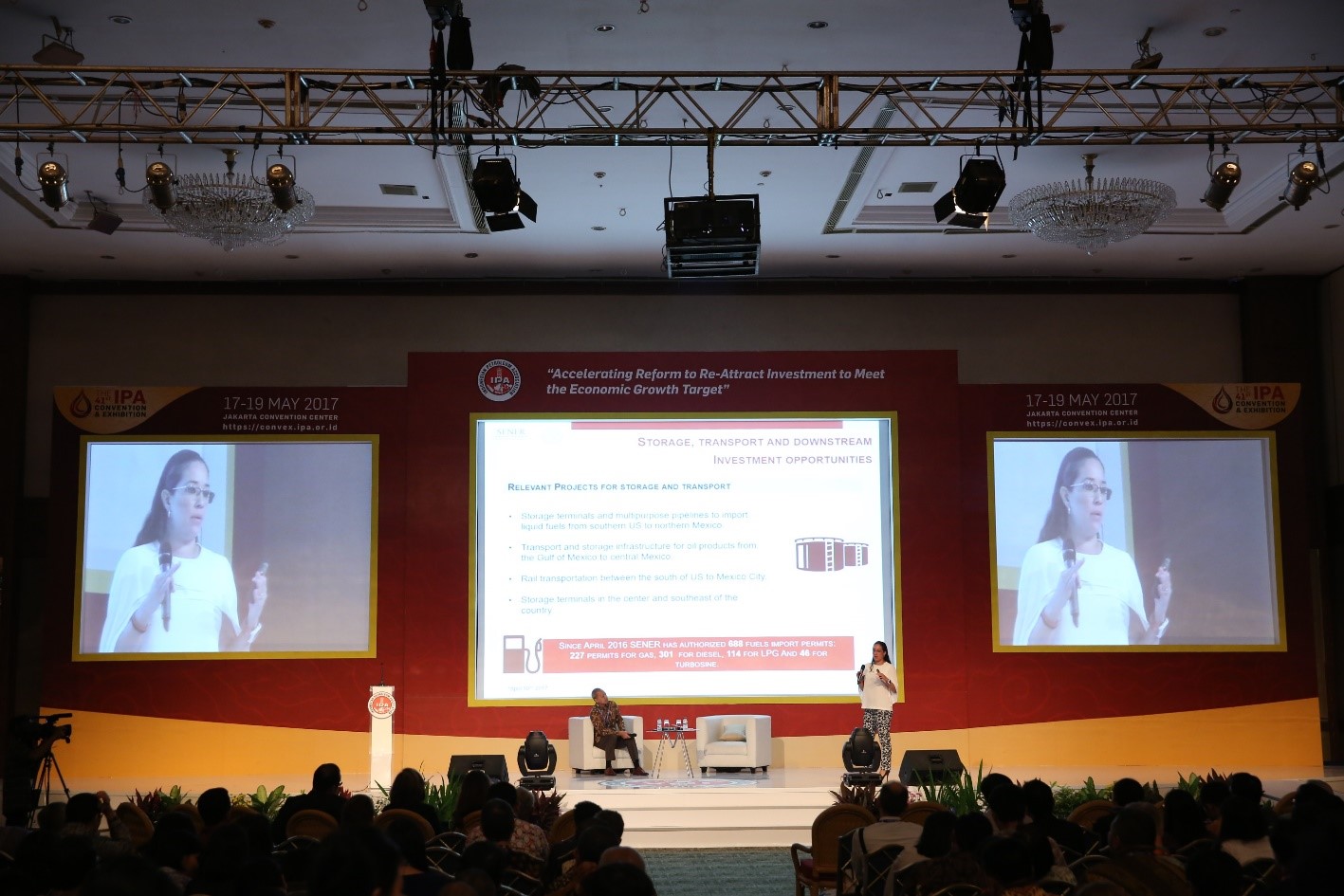 The focus discussion session examined the ways in which energy reform in Mexico has succeeded in attracting USD 70 Billion in new investment into the energy sector in Mexico since the reforms were introduced in 2013. This occurred as a result of a move from a nationalistic, inclusive business environment to a more open, market-oriented oil and gas sector. Nicole Palau outlined in her presentation how energy reformation had included not just the oil and gas sector but the entire energy value chain, from government to operators, investors and service companies. Since reform in 2013, 46 companies had invested in Mexico as opposed to the previous structure where two state owned enterprises were doing everything relating to hydrocarbons and electricity, including Pemex. This period of reform has been carried out to change the paradigm and focus on the benefits for Mexico in the long term, to improve energy security and create a long-term vision for the industry in Mexico.

To enable this period of change, 3 laws had been changed, as well as 22 secondary laws and 24 regulations, which required multiple levels of approvals and political will to succeed. Constitutional Reform was implemented to achieve the following key results and was the most far reaching and ambitious restructuring of the Mexican energy sector in decades;

Nicole explained that Pemex were still given a very important role post-reform and also provided with a secure development plan with their allocation of blocks and reserves. However, now the private sector coexists and complements Pemex and the full value chain. The net result of the reform period is that USD 34 billion was invested in 2016 alone, with 48 new companies, an extra 1.1 million barrels of production per day and incoming investments from 14 new countries.

Industry has been approached to see what they need and are continuing to be actively involved in discussions on new investments into the country and given the capability to nominate which blocks were attractive to invest in. In terms of fiscal incentives, each Block is examined independently and a set of fiscal incentives developed accordingly, often relating to economic development areas where activity is highly encouraged by government. External companies have been given 5 year licenses to simplify the pre-qualification process. Exploration has been encouraged and promoted, resulting in USD 2 billion investment from 19 companies. Regulatory bodies are not appointed by the government but done by the Senate, giving them independence and therefore an ability to be non-dependent on the President and non-political.

In summary, energy reform in Mexico has succeeded due to: